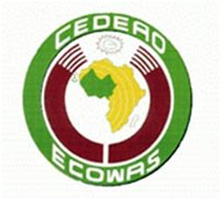 It saddens me that many Africans think the ‘west’ is the land of opportunity. And it’s not just Africans. I only need to turn on my TV and the vast immigration programmes such as Passport Control, UK Boarder Force etc show us the extreme means people take to enter the western world.

Indeed there are many opportunities that the ‘west’ offers, but I don’t understand why many highly qualified people would choose to do demeaning jobs in the ‘west’, when they they could be using their skills towards something greater in their own home land.  For West Africans, whether most know it or not, they have a posible Western Empire of their own to be proud of- and it’s closer to home. ECOWAS– the Economic Community of West African States.

One of my objectives in wanting to become a travel journalist is to specialise in Africa and the African diaspora (anywhere outside Africa where there are Afro-descendant communities such as Brazil for example). Since 2010 I’ve travelled to 3 African countries besides Ghana (Cape Verde, Togo and Ethiopia), two of which are member states of ECOWAS (Cape Verde and Togo). West can indeed be best. Right in ‘west Africa’.  As much as I would encourage young people of the ECOWAS to seek opportunites within west Africa and not be so caught up in the ‘hype’ of the west,  I understand the many obstacles such as high costs of transportation and corruption at the boarders, that stand in the way of doing this.

It’s expensive to fly within ECOWAS. This was a bit of a surprise for me, as I discovered naively in 2009 when I went to a travel agent in Accra seeking a ‘cheap ticket’ to Lagos. Unlike Europe where ‘low cost airlines’ makes travelling within the continent affordable, there’s almost no such thing in West Africa. Fights are for those who can afford it and unfortunately that isn’t the average person.

I propose ECOWAS airways- An affordable, efficient and convenient way for local people to travel. Give ‘Easyjet’ a run for their money! Any takers?…

Another option is to take a coach/mini bus. And kudos to the coach companies. There are a range comfortable coaches and mini buses with AC. And they are affordable. There was one occasion in Accra when I was going to visit a friend in Kumasi. I had no idea about these luxury comfortable coaches. After just 5 minutes sitting in the tro-tro waiting for the run-down vehicle to fill up, I decided there was no way I could sit in it for hours through pot-holes and what not. I almost called off my mission to Kumasi when someone told me the other side of the park is where the ‘big buses’ are. And there they were, the coaches. I travelled in comfort (minus the preacher on the bus for the first hour)!

In march I travelled with my friend Kwame to Togo via motorbike! Kwame left his highly paid job in France, to fulfill a childhood dream of travelling around west Africa… on a motorbike! I admire his spirit to and enthusiasm to discover the continent of his father (his father is Ghanaian). He drove down to Ghana when I arrived and proposed we travel to Togo on his motor. I was up for the challenge!

I’m actually quite embarrassed about the reception we received when we arrived at the Ghana/Togo border. With no clear immigration stop point, we were ordered vigorously off the bike. We showed our documentation. I hold a Ghanaian passport so no visa is required. Kwame had received his Togolese visa the previous day so it should have been smooth sailing. Of course it wasn’t.

First they said Kwame’s visa wasn’t valid and he’d have to get a new one- $200. There was no way we were spending that amount for a visa! And to tell the truth, neither of us had the kind of money on us anyway. They saw him as an ‘obroni’ (a white person) which often means ‘money’ to them. I spoke in my most Ghanaianised accent to eliminate any traces of my British accent coming through. There was one point where the ‘boss’ looked directly at me when I stopped talking. He reached for my passport and flicked through. My only grueling, thank goodness, was him asking what I did and what I was studying. Thankfully after much persuasion we were free to pass the border. I felt for Kwame. He went through that unnecessary questioning because they only saw him as european. What about his birth right from his father?

Of course, the corruption didn’t stop there. Once in Togo, another immigration officer wanted me to pay. Me? Succumb to his corruption? Kwame spoke to him in French saying I’m a student and had to do a ‘begging’ gesture before I was given the ‘brush off’ gesture as though an annoying fly.

They didn’t get me going into Togo but coming out was another story, and this time I was on my own. The immigration officer took my passport, flicked through and demanded some money. It wasn’t a lot but I’m sure the look of shock expressed on my face didn’t make matters ease.  Of course I refused to pay and ranted on about Ghana being part of ECOWAS etc. The officer refused to stamp my passport unless I paid and proceeded to put my passport in his pocket while he saw to other passengers.

Shocked and frustrated, I tried to hold back any tears as I weighed up my choices. Another officer took pity on me and  calmly explained; ‘Where is Mr ECOWAS? Does he pay us?… My dear if you want to go to Ghana, just pay him the money.’  I opened my purse and handed the man the money. They had won. corruption had won. Ok, so it was about $2 dollars, but it’s the principle.

Corruption is brewing at the boarders and something should to be done about this.