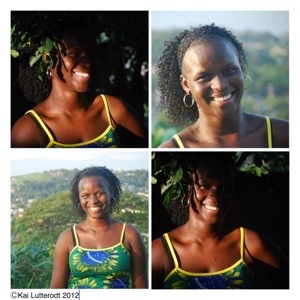 This post is not an academic essay on Racial Identity. It’s simply a personal account of what I’ve witnessed and experienced while in Rio/Brazil, and thoughts of locals and expats I have met.

If you come to Brazil thinking racism doesn’t exist (or you chose to label it ‘classism’ – another topic in itself, as opposed to what it really is), welcome to the real world. I’m here to bring you down to reality.

Please leave the comfort of your Copacanbana/Ipanema/Botafogo hotel/hostel and arrange a favela tour without your Rayban tinted glasses so you can see things as they really are.

I’ve been in Brazil just 2 weeks and already the topic of race has been brought up quite a few times. The first, admittedly, I instigated it in a discussion with my friend Patricia. Patricia is Brazilian with a deep chocolate complexion similar to mine. On more than one occasion we’ve been told we look alike and asked if we’re sisters. And her response has been;

‘why? because we’re both chocolate?’

Patricia chooses to call herself Afro-Brazilian. I found this very interesting as I rarely meet a Brazilian (besides someone from Salvador) who chooses to add the pre hyphenated African link. And on top of that Patricia speaks passionately about her desire to visit Africa one day and her experience meeting Africans when she was in London. She recollects humorously the times people wouldn’t believe that she is Brazilian. Challenging her to prove it;

“say something in Portuguese.”

When Patricia hosted 7 (coloured; it’s really strange for me to use this term. In the UK we would say ‘mixed race’) friends travelling together from South Africa, I sensed I may have hit a bad chord when I said, in response to the experience of racism one of the young men had while in Manchester

“but they love black men up north!”

So later that evening, I quietly spoke to Lorraine the group leader and asked her how she describes her racial identity.

(And adds that her mother is Indian and her father is coloured so “what am I?” she asks).

“It’s really nice to be in Brazil where there’s all shades of colours. There’s no racism here.”

She went there. I couldn’t let this one pass. No racism?! Are we in the same country? Am I the only foreigner that can see straight through the false facade that ‘everybody is equal. We’re all one people- Brazilian’?

Another occasion the topic came up, was in the least expected setting of Santa Terersa. One sunday evening outside a bar where expats were gathered networking (amongst other things), I got chatting with Sarah. An Irish journalist living in Rio with her young daughter (who’s father is black). She told me about the hardships she faced in Rio having a ‘black’ child (mixed race).

“Once, the bus driver actually stopped the bus and threatened to call the police! Accusing me of kidnapping my own child because I’m white and she’s black!”

I listened to Sarah’s expressive descriptions in her soft Irish accent (every other word was of course “what the f*ck!”), in amazement that in a city that is a melting pot of mixed heritage, such scenarios can take place.

My own personal experience has been a mixed bag. While in general I joke about not having to learn Portuguese because

“(I’m chocolate) no body bothers me”

there is a flip side. I’ll continue with the fitting in part first.

I’m living in Centro. While it’s quite a large area, the part I live in is- to be blunt, run down. I’m not going to dwell on that issue as it is this environment which is perhaps keeping any attention away from the possibility I maybe a tourist… One who barely speaks enough portuguese to get by, mind you (its never hit home just how vulnerable I actually am)!

The majority of the residents here are black (I know, black isn’t really a specific racial identity, but I did say this post isn’t academic). So, I fit in. While there’s the positive side of fitting in (I go about my business freely, no one looks twice at me- unless they are checking out my ass in my gym attire, and I get the odd ‘linda, chocolate’ mumble).

The negative side is that I’m fitting into a community that is steeped in drugs, prostitution, people selling on the street, and generally lots of black people hanging around doing… Nothing.

This is what I ‘fit into’ . The stereotype I’m labeled under in the minds of the uneducated (and I don’t just mean academically).

So when I walk down the street in Lapa, and a group of white guys (yes, I said white. Sure Brazilian, but still very much white) seek my attention by rudely gesturing I come over to their table, I put them in their place. They chose the wrong African girl to disrespect!

And the best example I could think of putting someone in their place without showing myself up, is to imitate my best friend Rosa when (on the rare occasion) she is telling off her son.
She looks him straight in the eye, points a finger and says sternly in Italian,

Simple. But effective. Of course I translate this into english and tell the guys “Have some respect ok.” It was tempting to add a swear word in there but I didn’t demean myself!
One of the men proceeded to ask, almost apologetically where I was from. Like that mattered! So I repeated again “No, have some respect ok. You don’t talk to anyone like that.” And continued walking.

They had made their case worse. The fact that they were almost apologetic that they mistook me for a Brazilian makes me wonder how life must be for Afro/black Brazilian women. Afterall, don’t they know not all black girls are easy! A black girl can be sexy, confident, attractive AND not a hooker!

I wanted to get the opinion of a non Brazilian man. It’s a pretty touchy subject so the only person I could think to discuss it openly with was Marco (my Italian friend who lives in LA). I met up with Marco for an evening in Ipanema beach. The subject came up naturally and Marco gave his perspective after I told him my experience.

“Actually I find that Brazilian girls in Rio dress really sexy, get attention from the men, BUT, when you try to take it further- they go all religious!”

I just assumed that this experience was with white or mixed racial Brazilian women (yes I’m sub dividing, you get my drift by now- there is are differences in attitudes). Lets assume my assumption is correct, that means that the next easiest availability is the black woman (chocolate).

My flat mate Nubia, a typical representation of a Brazilian beauty; mulata, curly hair, exudes sexuality and full of life (but don’t be fooled! This lady knows her A-Z of Afro-Brazilian history and proudly calls herself ‘black‘ not ‘mulata‘) gave me her perspective with the security guy downstairs as an example.

“I think that security guys likes you Kai.”

I blush. Err, thanks but no thanks. So not my type!

She hit the nail on the head!

To the average Brazilian, black girls (delicious chocolate like myself) though desirable, are labelled under; poor and needy, therefore vulnerable which (they must think) makes us desperate. And all this in relation to sex. Black girls must want sex to fill a void (as well as their stomachs, and pockets).

I could rant on about this but who really cares?

Lets have love for humanity by showing some respect amongst ourselves and getting socially educated.

Please leave your comments about any experience/option/debate you may have.