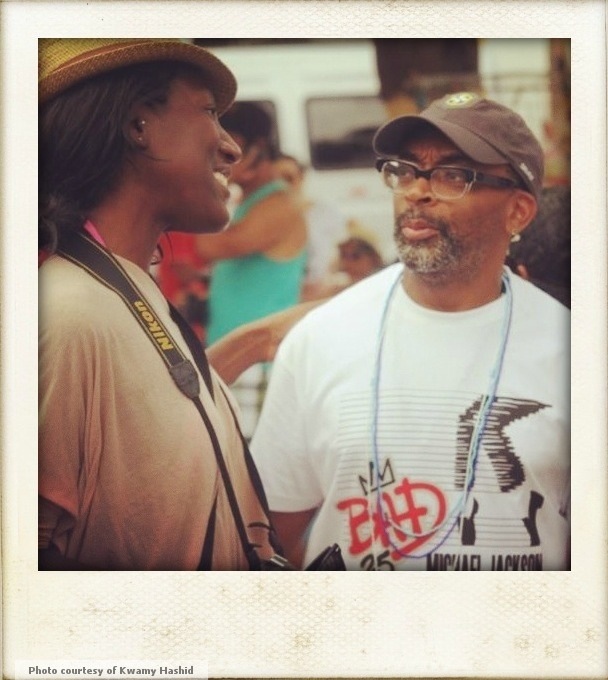 When I met Spike Lee in Brazil this month amongst the jubilation of masked costumers at the distinctive carnival in Maragojipe, the African-American film director was wearing an eye catching T-shirt I couldn’t hep but admire paying homage to 25 years of Michael Jackson’s “Bad” in a bold fashion statement.

Ironically, this month Spike Lee also celebrates 25 years since the release of his second “A Spike Lee Joint” in 1988 musical movie ‘School Daze’!

Set on the campus of a ‘Historical Black College University’, the film narrates social issues regarding African-Americans through relatable characters such as ‘politically conscious’ and ‘wannabees’ feuding with each other. Spike Lee stars Laurence Fishburne, Giancarlo Esposito, and Tisha Campbell-Martin in his joint before they were the highly acclaimed actors known today.

I’m taking it back to school with this post to start a debate about just how far black people have come regarding some of the topics brought up in the film. Have any lessons been learnt… Or is all just a song and dance?!

Do we still need to get out of bed and “WAAAAAAAAKE UP” to social obstacles holding us back in our societies?

And hair! Just what is good or bad hair? Does wearing a weave make me less of a black/african woman even if my mind is empowered?

Join me in the lecture room now… And don’t be late!