I was honoured to meet Spike Lee while he’s in Bahia during the carnival. Spike Lee is no stranger to Brazil nor the people to him, as in 1996 Mr Lee directed Michael Jackson’s “They Don’t Care About Us” music video featuring Salvador Afro-Brazilian Samba band; Olodum. When I met the acclaimed African-American director in Maragojipe, he was wearing a T-shirt paying homage to 25 years of Michael Jackson’s “Bad”. This month is also 25 years since Spike Lee ‘woke up’ the African-American film industry with School Daze in 1988.

Spike Lee’s latest project is a documentary being filmed in Brazil. As well as a catchy title “Go Brazil Go”, there is no doubt the film will feature shots of Brazil’s most iconic scenery.

But really, do we need yet another tourism portrait of Brazil’s beauty? Judging from the ‘Do The Right Thing‘ film maker’s portfolio, I have a feeling this documentary may have an angle of controversy to challenge social barriers- or at least I hope so!

I’ve been in Brazil for 2 months and it wasn’t long before I discovered Brazil’s world portrayal of being a ‘rainbow nation’ isn’t so democratic. In this case, not all the colours of the rainbow are equal! I’m hoping the documentary will at the least highlight the country’s social and racial inequalities particularly regarding Afro-Brazilians. If any one has the power to get the world’s attention on such topics, it’s most definitely Spike Lee!

And with the film expected to be released in time for the 2014 World Cup, there couldn’t be a better time to premier some ‘reality’, as all eyes look to Brazil.

And speaking of football, Spike Lee tells me he’s is an Arsenal fan! I almost lost out on a photo opportunity with the director when I mentioned I support rival team Chelsea (though technically I support whoever is winning and that’s usually Chelsea isn’t it?!)

Were my last words to the film maker, kicking myself not asking any thought provoking questions. I’ll put it down to being star struck!

Was his response.
I’ll leave you with some pictures I captured of Spike Lee in Maragojipe, Bahia during the carnival… The KKK costumes also had me thinking- hmmm!!

(pictures are available for publications. Please contact me directly. All photos are ⒸKai Lutterodt)

Security was tight but polite (enough to let me get some shots. I do love a kind hearted brother!

Please join the debate! What’s your opinion on racial inequality in Brazil or South America? Is it right that KKK costume is worn at a Brazilian carnival? Does this highlight some underlining issues the country faces?… 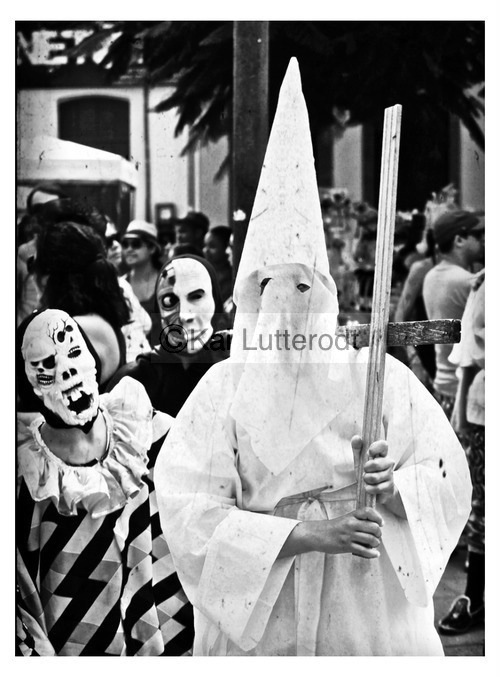 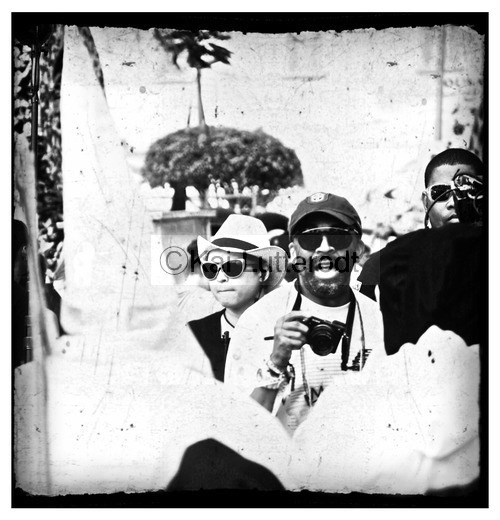 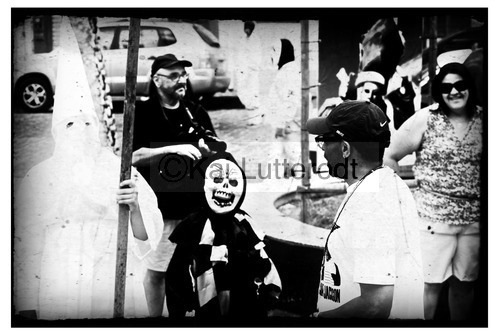